Next up is going to be a Lil Wayne song, but I’m in the mood for something less vulgar and more mellow right now as I’m writing my first ever client letter. This is From Time off of Drake’s newly released album, Nothing Was The Same.

Can you believe how amazing the month of September has been? Drake and The Weeknd (OVO & XO!) released new albums and Lil Wayne put out a new mixtape (Dedication 5). And then the cherry on top – the first track on Dedication 5 is Lil Wayne ft. The Weeknd. So much perfection going on in my musical life right now.

Anyway though, I have a client letter due Friday by 4PM. You know, it’s hard to explain to somebody in 900 words or less that they can’t get their money back because they made a stupid decision and didn’t act reasonably. And that the law considers them “sophisticated” consumers. Much harder than you would think to “dumb down” the legal jargon that’s been stuffed into our heads the past few weeks.

But all the while, I can’t guarantee anything in the letter and I can’t have any bias either (Because personally, I feel as though they should recover damages. But our Professor found other things relevant that I didn’t think mattered as much, and I have to structure my argument according to her wishes. It’s just one of those classes)

Kay done procrastinating. It’s 5AM. Gonna do what I can till 6, then sleep till ~11, finish up, submit, and DONE.

After that, I have a movie date ^.^ Followed by countless hours of midterm preparation and homework due next week. But still. MOVIE DATE.

If I don’t take immense pleasure in the small things, law school may drive me insane.

OVOXO was a Canadian based crew that includes Drake (OVO, or October’s Very Own) and The Weeknd (XO, which sadly stands for Ecstasy and Oxycodone. I prefer to think of hugs and kisses instead) – both who are now independently pretty famous. SADLY one more than the other, but I’m a fan of them both. I saw Drake live in concert with Nicki Minaj and Lil Wayne last year towards the end of the summer, and since then, I’ve also seen The Weeknd live. (HE’S AMAZING. SO SO AMAZING. I saw him during my last semester at NYU towards the end of last year)

I love them both and this was a truly happy month for me, because both released new albums 🙂

So far I am loving Kiss Land, which is the album The Weeknd came out with last week. I’m also planning to go see him live again during his Kiss Land tour – he’ll be in NY October 7th and 8th @ Radio City Music Hall. The last time I saw him, it was a much smaller venue and it was before he blew up this big. In fact, it was before he even released Trilogy – he was singing just off the individual mixtapes he had put out before he combined them under Trilogy and released them as a 3CD album.

The tickets are like $70 but I’ve been doing freelance paralegal work (Like on a case by case basis when I have time) to save up the money to make the money, so I’m good. I’m waiting in the hope somebody I know will go with me because it’s kinda weird to go alone to a concert as a girl, BUT I love Abel (The Weeknd) so much that I sort of want to go anyway. I’ll probably buy the tix wednesday or thursday night, we shall see. Fingers crossed.

Click below to check out their albums 🙂 These are Nothing Was The Same by Drake & Kiss Land by The Weeknd. And I’m a very happy camper. 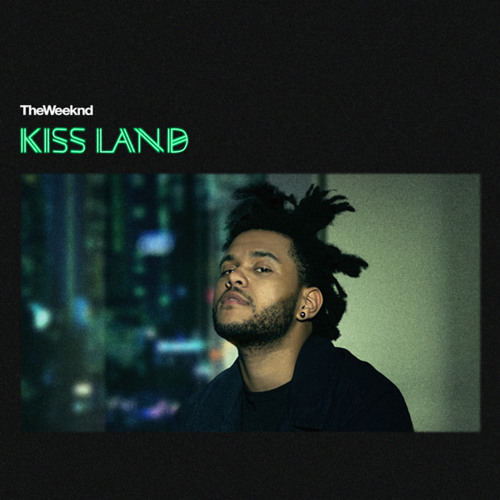 I briefly (and barely) blogged that I attended a private performance (turned full-blown concert) by my FAVORITE FEMALE RAPPER Nicki Minaj this summer. You can look at this blog post if you don’t remember.

Nicki Minaj went through her album, her new singles, and did some oldschool mixtape throwbacks in over 2 hours of singing and performances. And I died and went to heaven when she was joined by my YMCMB obsessions Drake and Lil Wayne, with 2Chainz also there all night to hype the crowd after performing his two singles with Nicki Minaj, Beez in the Trap and I Love Dem Strippers

Here are some pictures and videos from the event 🙂 I had VIP seating on top with a perfect view of the entire stage 🙂 No mosh pit for me.

Need I mention….everything was free? Let’s just say I have an AMAZING boss. 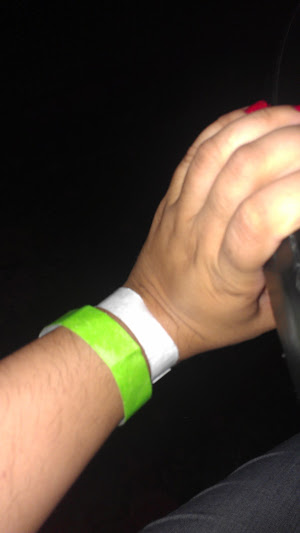 My entrance wristband in white, VIP in green

This was her performing one of her Pink Friday ballads, I think.

The end 😦 So sad, repeat please

Okay still trying to figure out the best way to upload the videos 🙂 I’ll update with them shortly!

*giggle* This is such a fun one, I can’t wait to see everybody else’s responses! I’m so sorry mine is late. Time to play catch up on my blog and on all of my followers too! You know that my Gmail gets like 50ish wordpress emails a day? There’s got to be a way to minimize that stuff, I’ll figure it out. For now, I just have them automatically go to a folder that I can just click through at my convenience. But I’m really looking forward to the Day 12 posts! I LOVE music!!

I think this is unconventional if you’re getting to know me, but I am a HUGE, HUGE, HUGE fan of rap, hip hop, and R&B music. If you get to know me though, you’ll understand why the music fits my personality so well.

In fact, its no secret that Lil Wayne is my secret husband. He just doesn’t know it yet. I tweet to him (kind of obsessively actually. I bet he’s super creeped out by me if he does, indeed, update his own Twitter). But I’ve bought all of his albums, I listen to his mixtapes, his EP’s, and his featured tracks, all fifty billion of them. I am a diehard fan. Last semester, a whole wall of my dorm room was dedicated to YMCMB posters (Young Money Cash Money Billionaires). My Neopets account is named lilwayne. It’s actually not used for anything except that I can say that I own the account and feel badass about it to myself once in a while. It isn’t my main account or anything!

But music that I sing & listen when nobody is looking….I’ll just show, not tell. Enjoy the following youtube videos! I will restrain from posting one where I am singing or dancing. (No but really, this is probably a guilty pleasure – grinding in front of a mirror to all this awesome rap and hip-hop music)

Just to mix it up a bit, although I know I don’t really have an Indian viewership, there are a few songs in here that really get me dancing every time I hear them. The non-Indian songs are oldies. I think these are the ones I play when I’m alone because they’re old and when I’m in a group, we listen to more recent things. I have the lyrics to all of these pretty much memorized, both English and non-English!

Also one last (proud) note – I saw the singers to the first song perform it live in India by mistake. We were all headed out to eat while in Jaipur and they were performing in the plaza there. Totally unplanned, but so worth it!

Kay done. I love me some Lil Wayne ❤

Please take a moment to check out the other wonderful blogs participating in 30 days of Blogging Honesty with me!